A New Game and A LOT of Laughs

When the owner of Morphology games contacted me to review Morphology

, at first I was hesitant.  I mean- I was TOTALLY intrigued (Who wouldn’t be? The tagline is, “The hilarious guessing game where creativity wins!” Right up my alley.)  But I was hesitant because the game is recommended for kids 13 and older and I feel like most of my  blog readers have children younger than that.

I’m so glad she sent the game anyways, because everyone should have the chance to laugh as hard as I did while playing it, AND my four and six year old have had fun playing Morphology as well.

But can you play Morphology with younger kids?

Back to my original concern- Is this a good game for families with younger kids? Here’s what I think: yes and no.

My sister says that in my review I should say, “The only problem is that you might play it So MUCH that you finally memorize all the cards…but maybe they could avoid that by not playing five times in a row…”

My kids have been asking to play again and I will be pleased to do that as soon as I can get it back from my sister!

This is a really fun game; it would be a great gift for any creative people on your list and it’s worthwhile having on your shelf. 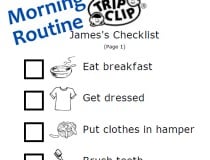 5 Ways to Simplify Your Day With Printable Kids Activities 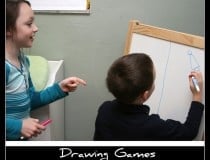