This was so much fun!

I was trying to come up with a way to re-connect with my first grader after school that would help us all relax into being home. I always want to know more about his day, but asking question, even really fun conversation questions, can sometimes overwhelm him after a busy day.  All of my kids (maybe it’s just kids in general?) are pretty movement oriented, so I wondered if I could come up with a way to ask in a more kinestheitc/movement type way.

We made up a new charades game. 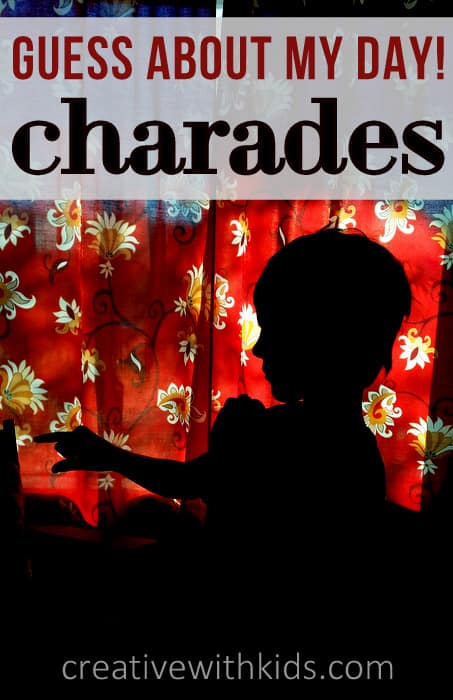 Guess What I Did Today Charades

Take turns acting out a scene from your day and having everyone guess what it was you did.

In order to capture their interest and model how to play, I went first acting out grocery shopping. I told my older son he couldn’t guess as he’d been there with me anyhow, but as he watched me pretending to silently grocery shop he just shook his head, “I have no clue what you’re doing anyways mom!”

My first grader got it though and then was happy to take his turn.

He acted out painting, and then while thinking of what else to act out was inspired to tell us a little more about his day – telling us the story of the girls that chased him and a friend on the playground.

My older son acted out reading, which was guessed quickly.  Since his was guessed so quickly he then prompted my younger son, “Ok, well what book?!”

Each of the short actions prompted a little more telling and conversation about the day and it was a fun 10 minute way to play and reconnect. This is game that works well with Kinesthetic learners and it felt low pressure and invited more sharing.

We got a big laugh at the end when my nine year old acted out his second activity.  The first grader guessed “You cooked eggs”

Now we know what that charades move means!

I hope you try this creative way to connect at day’s end, it’s been a fun way to get everyone to relax and chat.

For more creative ways to connect after school: 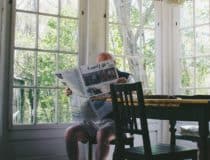