Beware- if you read this you will start compulsively checking plastic containers to see if they can be made into homemade shrinky dinks! You might remember making Shrinky Dinks as a kid, they seem kind of magical and when I discovered there are ways to make shrinky dinks at home using #6 plastic, I started keeping my eye out for possible containers.

When I found a cracker container with a number 6 on it (My first #6 find!),  I wondered- could I make homemade shrinky dinks with rippled plastic?? 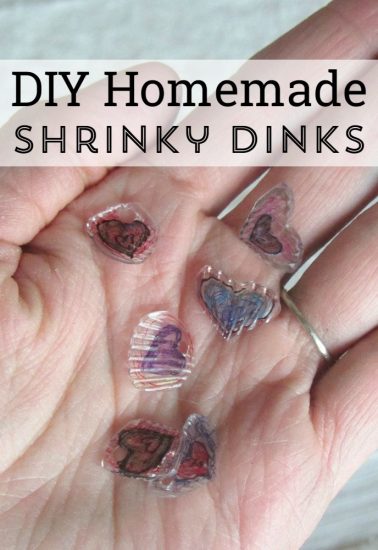 I started experimenting- sometimes it’s worth it to spend a little time experimenting before getting the kids involved.  I rifled through my recycle bin and grabbed a few other containers just in case they would work.   Soon I had determined:

Here’s how we made homemade shrinky dinks:

We cut out squares and heart shapes from the plastic container to decorate.  Each piece we hole punched, and then colored with permanent marker before shrinking in the oven. 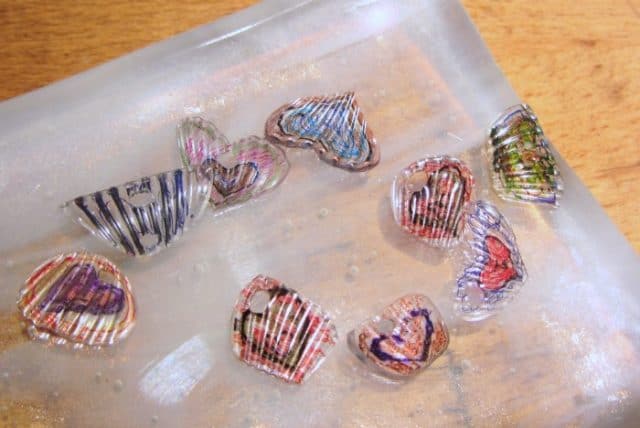 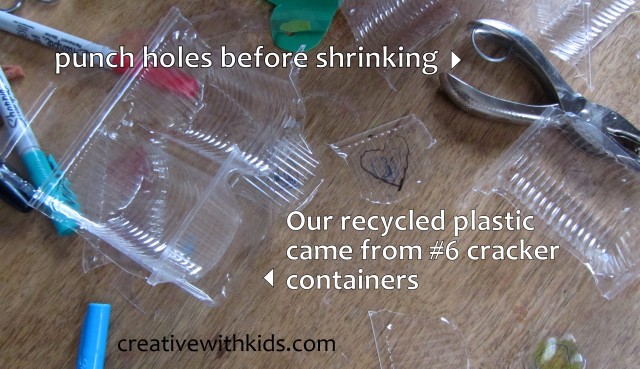 3. We put our creations in the oven at about 350ºF. I put them on a baking tray on parchment paper, but you could make a tray out of tin foil too.

After about a minute- oh no! They’re curling!

After about two minutes (maybe three?)- they uncurl, and that’s it, they won’t shrink any more.

I was worried about the fumes, and I did turn on the hood, but I didn’t really smell bad. In fact I think I got more fumes from the permanent markers than from the plastic. Updated – I have since read a better idea in Jean Van’t Hul’s Artful Year: She takes this kind of activity outside and uses a tray on her gas grill to avoid any fumes. Another option to take it outside is to use a toaster oven. 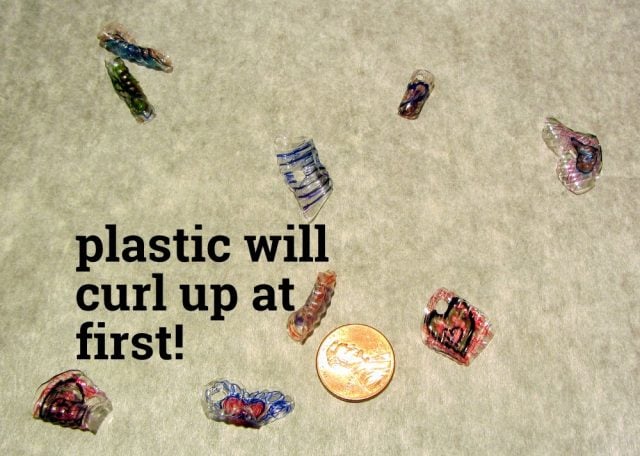 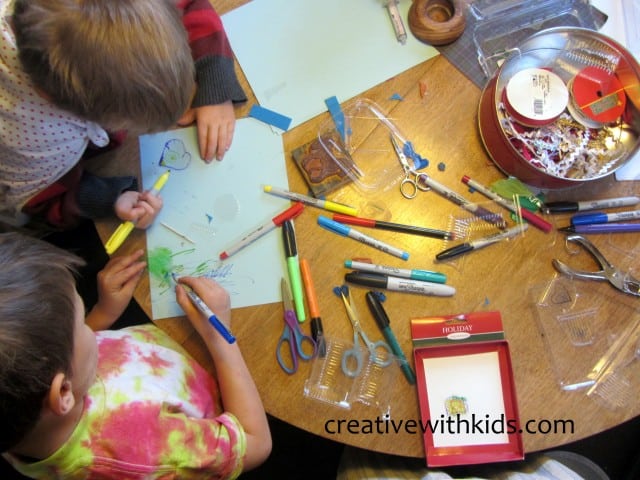 It’s definitely fun to try out recycling some plastic to make your own shrinky dinks. I’ve also discovered that it’s not too expensive to just buy a kit or a pack of shrink plastic sheets. Best -and most fun!- Educational Board Games for Elementary Students 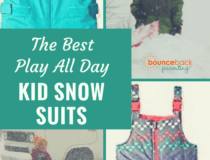