We have a big Greek Mythology fan here. Thanks to the Percy Jackson books written by Rick Riordan, my 12 year old knows more about Greek myths, and Greek monsters than most people I know.

He started out reading the Percy Jackson series when he was 9 or 10, and since then he’s re-read them, and devoured Greek Mythology in as many other forms as he can get his hands on.

If you have a kid who loves Percy Jackson too, or is even a big fan of Ancient Greece in general, this is the gift list for you. This post includes affiliate links to recommended gifts. If you purchase through them I get a small percentage of your total at no extra expense to yourself.

Why Greek Mythology? What is Percy Jackson?

If you’ve come into this list and you don’t have a clue about Percy Jackson, then don’t worry, you’ll still find plenty of great gift ideas here. Ancient Greek myths are such a prominent part of popular culture that you might not even realize how much you know! With so many popular Ancient Greek characters like Hercules, Poseidon, and Zeus!

Greek Mythology is so captivating to young kids because it is so “larger than life”. It’s full of exciting characters, and action packed narratives. This is the reason it has become so prominent in pop culture in the first place.

Percy Jackson is a book series that capitalizes on these Ancient Greek myths to tell a compelling story about a young boy who finds out he is the son of the Greek God Poseidon. This grant him powers, and the book series follows his adventures through modern day USA. It has done tremendously well, and millions of kids have enjoyed Percy Jackson’s adventures.

A Treasury of Greek Mythology.

I can’t decide between these three – they’re are all books that have been read over and over in our house. 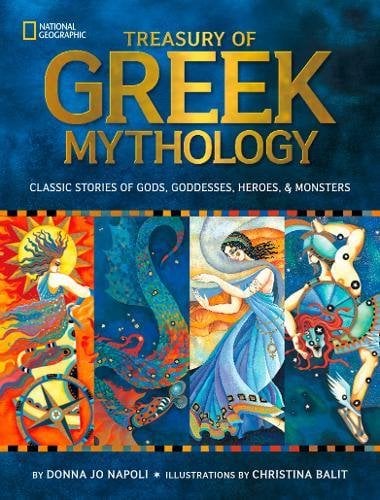 First – we love the beautiful National Geographic Treasury of Greek Mythology. The pictures are stunning and my son not only likes reading the stories, he also likes that there is a picture index of the gods in the back.

Look at these beautiful illustrations! 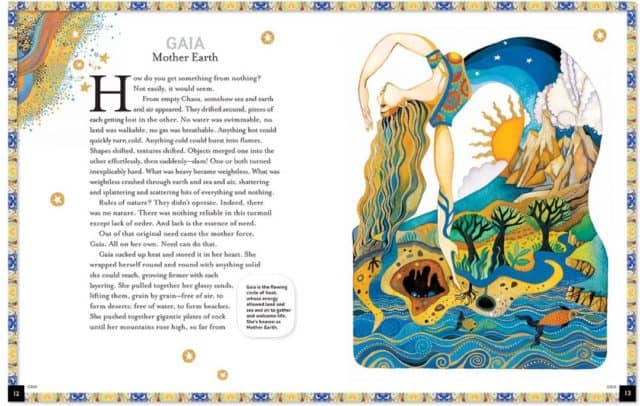 The next book we recommend is D’aulaires Book of Greek Myths. I remember receiving this book for Christmas when I was about 12 years old. I admit, I was a little puzzled and not sure I’d enjoy it. However, one day I was bored and opened it up…and didn’t close it for a couple hours. The stories drew me in. 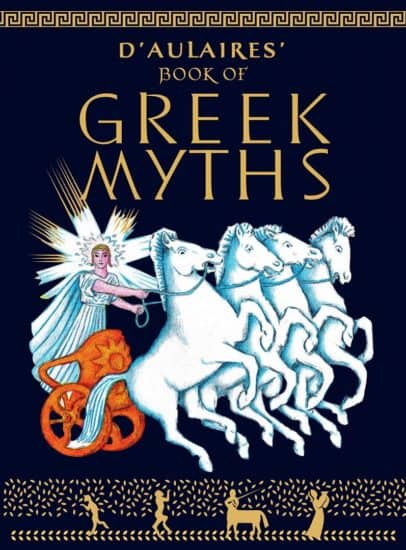 Jackson fan, my son loves Percy Jackson’s Greek Gods. This book is narrated by Percy himself who, in classic Percy Jackson form, says, “If you like horror shows, blood baths, lying, stealing, backstabbing, and cannibalism, then read on, because it definitely was a Golden Age for all 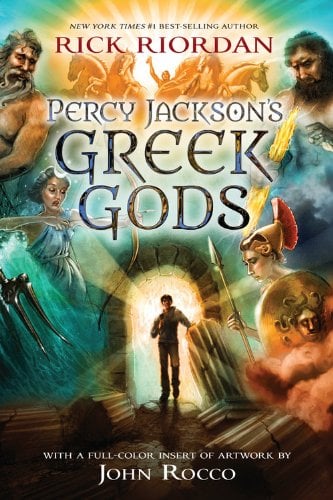 Zeus on the Loose – One of our favorite games from Gamewright, is Zeus on the Loose. This fast paces card game is good for ages 8+ and fun enough to bring along to play at a restaurant while you wait for your food, or bring out when you have friends over. It’s based on counting (we include it in our selection of favorite math board games too). You’re trying to get Mount Olympus (the discard pile) up to 100 so you can steal Zeus, but of course the Greek gods are tricky and you can play cards that will do things like reverse the number of the pile – so if it’s at 61 you would bring it down to 16. Quick and fun to play. Plus, any time you can actually incorporate math and learning in a fun way that kids actually enjoy, then that’s a win in any parents’ book! 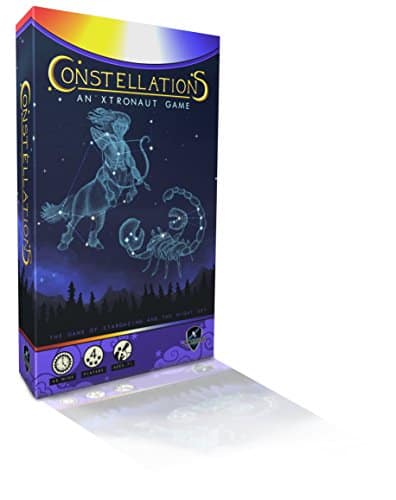 Santorini – A Greek myth themed strategy game during which you race other players to build a three story structure. The playing pieces are based on Greek architecture. God cards are able to be played to break the rules and force other players to change their strategy.

If you have a child who likes action figures, they might like this figure of Percy’s dad – Poseiden or you can get a whole tube of Greek Mythology figurines (Note that the “toob” of figurines are smaller pieces about 1-3? high). Any parent knows how much fun kids can have with action figures. They’re great tools to encourage kids to use their imagination and create their own fun.

A Boxed Set of Percy Jackson

And finally, if you don’t own them yet, you might choose a boxed set of books for a young reader. The Percy Jackson and the Olympians series and Heroes of Olympus series are Greek Mythology books that will get read more than once! They’re great to have around for kids to pick up again later when they’re trying to remember what their favorite Greek hero did to defeat that monster. 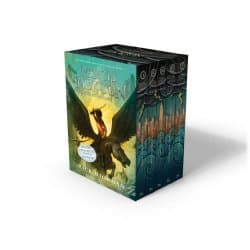 Historical gifts can be a very fun gift for kids of all ages. But, as “educational” gifts go, there’s always a way to do it right! Because, let’s face it, kids aren’t always so excited about the idea of learning. It’s a simple fact that a toy which claims to “make learning fun” is not always the top choice of a young kid. In this buyer’s guide, we’re telling you what to focus on when buying a historical gift for a young kid:

Firstly, educational or historical gifts have a much larger chance of success if they are interactive. Interactivity adds a whole new element to any gift for a young child. It allows them to learn the subject matter through their own engagement. They can figure out the historical significance on their own, and spend the rest of the time having fun!

A great way to go about getting a historical gift is to match it to an interest that the child already holds. In this article, we focused on Greek mythology for the Percy Jackson fan. However, different kids have different interests, and it’s a good idea to play into these interests if you can.

Chances are, your child has some sort of historical interest, even if they don’t know it yet! For example, if they like the popular Thor or Avenger’s movies, they might want to learn more about Norse mythology.Check out this Thor Lego set!

From books, to games, to toys, and more, there are so many gift categories out there. We recommend you make the choice based on your child’s interests. Talk to them, find out what they like, and feed into their interests when it’s a gift-giving occasion.

Thanks so much for checking out our gift guide for historical gifts! In this guide, we focused on Greek mythology. Hopefully you can see the wealth of options available for all types of subject matter. History doesn’t have to be boring! You can develop an interest in history from a young age that might lead to a lifetime of academic pursuits! 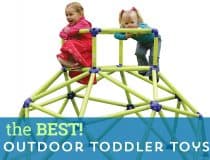 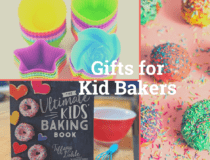 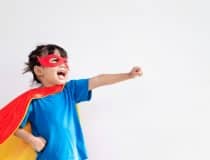