A letter from a reader after I published Parenting an Angry Child: 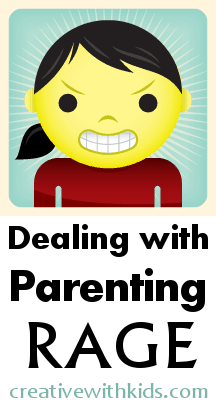 My son can be angry at times, but I often blame myself.  I am a single mom of a 3 and 5 year old and needless to say, I lose my temper 🙁 in ways that are totally unacceptable to me when I am under control! Screaming, snatching him up, out-of-control! I just don’t understand where it comes from.

I am much better now after reaching out to Dr. Laura Markham at ahaparenting.com and Hand in Hand Parenting, and some of the books on your list. Saved my life! But I still have bad days, and the guilt can be overwhelming! (like today)

I was wondering, what you do to stay calm during these trying times? Thank you again, for changing the world by supporting parents!

I responded to her that day and I’m going to publish here my response.  As I have mentioned, this kind of thing is hard to talk about; we worry about saying the wrong thing or people getting the wrong impression. I still have those worries, but I am going to try to speak plainly here and relate what my experience has been. I realize not everything will apply to all situations.

Here is my reply:

Hi K,
Sometime, honestly, I just don’t manage to stay calm either. Same sort of out of control parenting rage takes over and I’m suddenly grabbing up my son and essentially tossing him in his room, screaming back at him; I hate it. I’m not telling you that like it’s a good thing, just so that you know you’re not the only one who has moments like that.

A couple strategies that have worked for me (because it’s usually only me home with the kids, so no chance to hand them over to another adult.)

Ultimately, we do so much better if I manage to get us in a good routine and avoid the melt down cycle to begin with – very regular meals with very little sugar, regular sleep, outdoor play, consistent time to connect in a positive way.

All my best to you. Thanks for all the hard work you do. I know it’s not easy to always be trying to learn more and do better. Hugs,
Alissa

On Tuesday I will share Part 2 – what else I would have in included in this reply if I had thought to.  Until then, take care and thanks for stopping by! 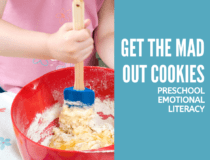 ‘Get the Mad Out’ Cookie Baking Activity – Emotional Learning for Preschoolers